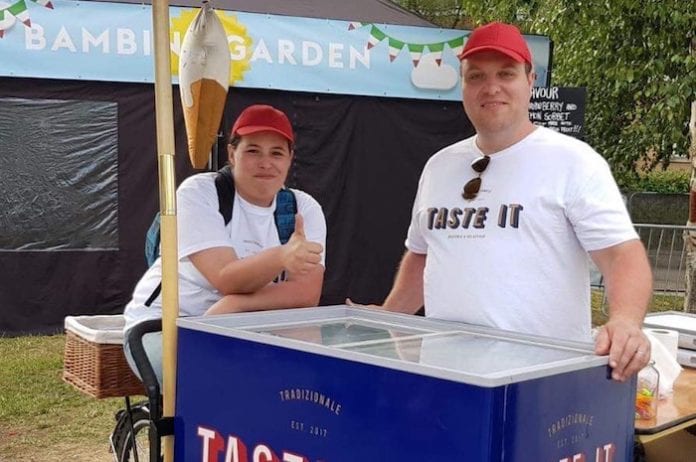 One of the top rated takeaways in Manchester at the moment is Taste IT, a tiny place a ten minute walk from Deansgate which specialises in authentic Italian pizza and gelato.

It’s got lots of fantastic 5 star reviews on TripAdvisor. Reviews that are so good I decided I had to order a takeaway.

The menu features a great choice of authentic Italian pizzas starting from just £6. 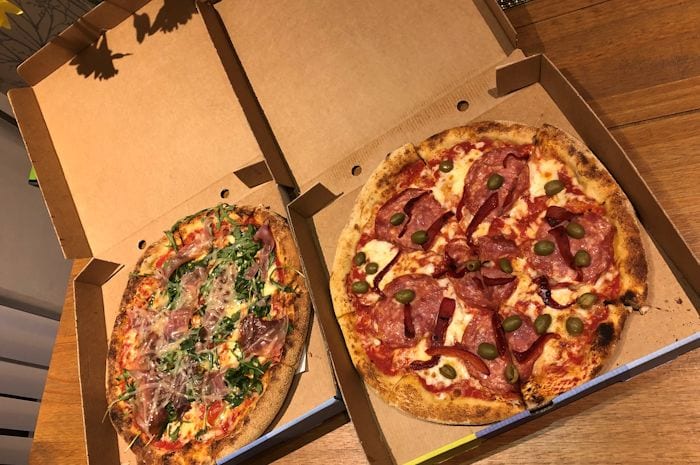 The verdict? For a takeout pizza they were both fantastic. Full of flavour, generous amounts of topping and not greasy like usual take out pizzas. The real taste of Italy in my own front room.

The home made gelato is out of this world. It’s available in different sizes or in the form of a milkshake to slurp alongside your pizza if you just can’t bear to wait for dessert. I demolished a 500gm tub and I am not ashamed to say it. And you can grab a 1kg tub for £20. 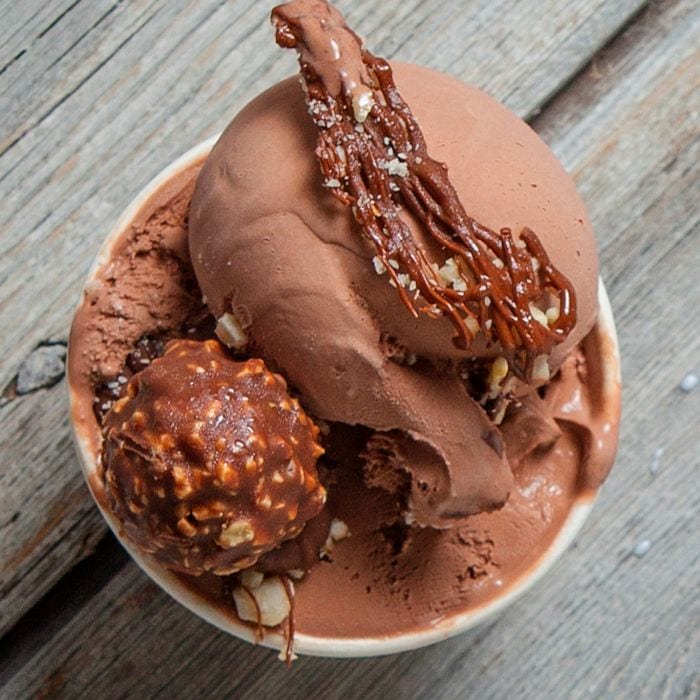 I enjoyed my takeaway so much I decided I wanted to meet the masterminds behind it.

When I visited the shop on a cold Tuesday night in February, there was a queue out the door for the gelato counter, which gives you an idea of how popular it is.

It’s a tiny place which wouldn’t look out of place in Didsbury or even Naples or Rome.

Owners Gianfranco Fattore and his wife Simona Ferraioli are originally from Nocera Inferiore, a small town close to the Amalfi coast. They met whilst working on cruise ships,  fell in love and decided they wanted to create something great together.

So they went to study in Perugia where Gianfranco learnt how to bake. Simona went to the prestigious Italian School of Gelato and became a maestro.

After combining their skills, they decided they wanted to open their own place and moved to Manchester three years ago because it’s “a multicultural city with an exciting food scene and there was a total absence of other gelato parlours.” 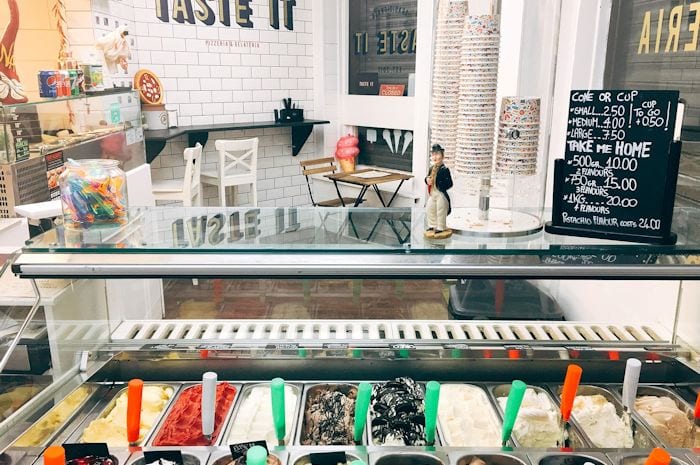 The takeaway has been open for 18 months and already has some big fans and many regular customers who are returning on a weekly basis.

One of the most popular products is the Manchester Pizza. “It’s a spicy pizza containing mozzarella, beef meatballs, pancetta, pepperoni and chilli flakes,” says Gianfranco. “We seem to sell lots of those ones, customers love it. The best selling gelato is the pistachio one. It’s the one that we run out of the most.”

I can vouch for this as it had already sold out when I went in at 7pm.

They also have an I Love Manchester ice cream. The recipe changes every couple of months depending on the season. The latest version contains honey, chocolate, pure vanilla beans and bee pollen – a little nod to the Manchester bee.

At the moment they are only open in the evening. “Even though we do not open until 5pm it still takes my wife and I a whole day to prepare everything from fresh. It is a non-stop operation.  We spend most of our days preparing fresh food and freshly made gelato.

“We are still a very small business and that’s the reason why we started with a small takeaway. But we are also ambitious and our plans are to grow the business as soon as we can.”

The only day Taste IT is closed is Monday when Simona and Gianfranco spend some quality time together out of the kitchen.

Some people say you should never be together 24/7 but Gianfranco disagrees.

“We love working together. It’s what we set out to do. That’s why we wanted to open a shop together. It doesn’t work for everyone but for us it’s perfect.

“At first we thought about working for someone else but then we realised that we wanted to spend every day together, not just a few hours a day. So we decided to open up our own shop so we could be together all the time.”