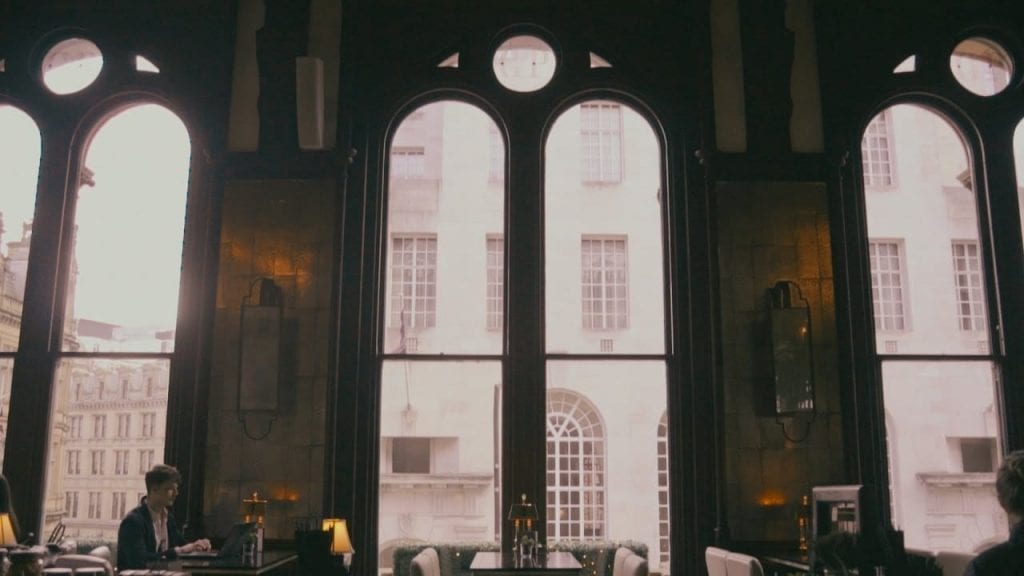 Today marked the opening of one of the most talked about venues in Manchester’s history, Grand Pacific in the former Manchester Reform Club, the impressive and beautiful three-storey site on the corner of King Street and Spring Gardens.

Designed by architect Edward Salomons and opened by then prime minister William Gladstone in 1871, this gentlemen’s club for Manchester’s Liberal Party saw many important decisions which influenced history, with its grand Venetian gothic balcony the location for Winston Churchill’s election victory speech in 1906.

It was with trepidation I walked into the old Reform Club for the launch. My old Reform. The first (and finest) restaurant I worked at in Manchester in the nineties, when the old gents club was restored to its former glory under Bernard Carroll’s design. Where champagne flowed and the best crowd glowed and unmatched since it closed.

I know Room gave it a good go gastronomically, but those oversized Ikea lampshades? Really? Would Grand Central be able to do this grand and monumental building more justice?

I’m relieved to say that it did. It’s in safe hands, as my fellow writer Ray King put it so succinctly.  And with an entirely new atmosphere. A colonial-style bar and restaurant inspired by The Raffles Hotel in Singapore with its pineapple logo symbolising prosperity, generosity, and hospitality.

The entrance is as grand as ever. Up the sweeping staircase and past the statue of Gladstone. Oh nope, that’s gone next door actually, but in its place some wonderfully colonial wicker full back chairs and tables on the upper mezzanine.

Through to the bar that has been pivoted a full ninety degrees to offer a totally different orientation to the bar space. The 120 cover restaurant resplendent with deep button upholstery, leather seating and fantastic wooden black lacquered tables.

Grand it is and with an exotic and sophisticated menu to match. We sampled appetisers of Prawn & Mussel Laksa, a thoroughly spicy noodle broth with citrus labne and roasted peanuts; Chicken & Spring Onion Gyoza, golden parcels with soy and sweet potato miso; and the most deliciously presented Prawn Cocktail we’ve ever seen, with king prawns and kimchi marie-rose sauce.

For our mains we tasted Tempura Szechuan Sea Bass, a generous portion of two lightly battered fillets with crispy noodles and pineapple; Chicken Supreme with perfectly cooked saffron pearl barley; and Asian Spiced Duck Cottage Pie, the most moreish and gravy packed pie and then some.

We shared a dessert of Creme Brûlée with Jasmine Tea Bread and Rose Petal Jelly, the most accomplished dish of the day. We drank Sauvignon Blanc ‘Wally’ from the Loire Valley in France, and a light red of Beaujolais Villages, fantastic in Spring.

Both food and drink to match the new resplendent surroundings for sure.

“We are delighted to bring this beautiful room back to life and echo its glorious past as the home of the historic Manchester Reform Club,” said Living Ventures CEO Jeremy Roberts. “Its heritage as a place to relax, eat and drink and just enjoy some of the pleasures of life simply oozes from the walls and it is our privilege and pleasure to let it continue to be what it was always meant to be.”

We agree. Living Ventures Co-founder Tim Bacon would have been proud. He sadly passed away last year but is touchingly remembered with his own window.

We think this is one of the finest restaurants to have opened its doors in the past decade. And I am so happy to see this monumental space from my past restored to its former glory, where new history can be made.

Open to the public from 12 noon on Friday 17th March

Read More »
September 26, 2020
PrevHave you read?This inspirational poem will make you feel even more proud to be Mancunian
Next read...Three to see this weekend: a film festival, makers market and folk FridayNext