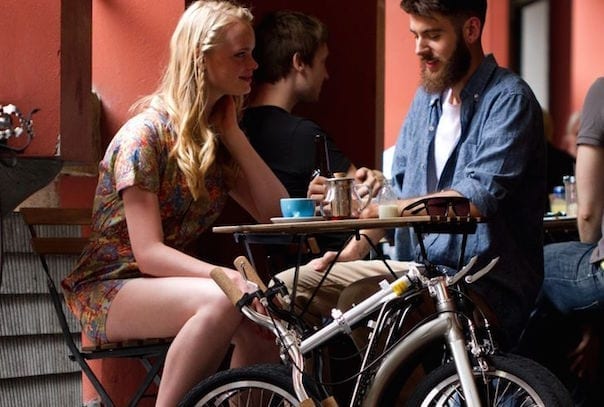 Let’s face it, for a lot of us, fitness can be an intimidating concept. For a start, it involves considerable effort and application, but also the admission that you might not be that Navy Seal pin-up or supermodel bombshell plastered on the cover of every lifestyle magazine in existence. And as we enter March, the post-christmas pork pie ban may of well of started to lose its appeal. Maybe you need a bit of extra motivation.

Joining the gym or taking up marathon running is a brilliant way to shed a few pounds and give your confidence a much-needed boost. But there are other, less traditional methods of getting into shape that you might not of considered. We’re not saying ditch the treadmill, but Manchester is full of quirky fitness opportunities that are loads of fun too. And with a lot of them, you might even forget you’re exercising. Sound appealing? Read on… 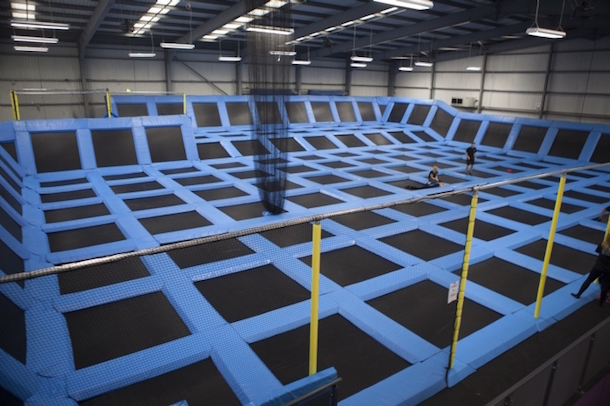 If there is anything more timelessly joyous than bouncing on a trampoline, then we would like to hear it. It’s about as close as us regular human beings are going to get to feeling like a superhero, stuntman or kangaroo, and it also happens to be a one of the most calorie-burning workouts you can get. At school, the popular kids were always the ones with a trampoline in their garden, but Jump Nation in Trafford Park goes one step further. As the largest trampoline park in Europe, it is quite literally a giant room filled entirely with bouncy mayhem. Floor-to-wall trampolines, right on your doorstep. A trampoline park is obviously a heaven for the tots, but Jump Nation is keen to get people of all ages involved, regardless of physical ability. They have bounce sessions available to everyone, as well as fitness classes that ensure every leap serves a practical purpose. And if you do get any strange looks as you bounce carelessly through the air, you can guarantee they’re just jealous. 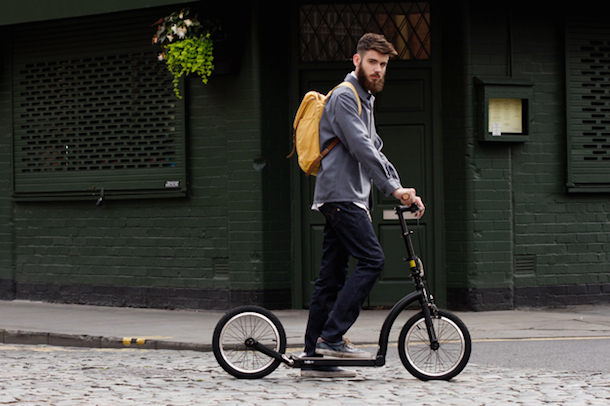 Another craze that those uninitiated might think belongs to youngsters, but oh no. Adult Micro Scooter’s have surged in popularity down in London in recent years, with manufacturers creating models suitable for bigger-footed riders. In Manchester we are lucky to have most of the city centre easily accessible by foot. Why not go one better and do it by scooter. You can pick up a kick scooter for dirt cheap, but for those trendy urban dwellers who want to get serious about their two-wheeled travel, and have the funds to prove it, Manchester-based Swifty Scooters gave us the world’s first premium scooter. They are custom-made, absolutely beautiful and likely to turn a few heads in Albert Square. The wheels are like small bike tyres, so they can easily deal with any terrain you throw at them. The website proudly claims that their scooters bring a ‘sunnier vibe to life in the UK’, which is always welcomed by us!

3. Go on a Manchester walking tour 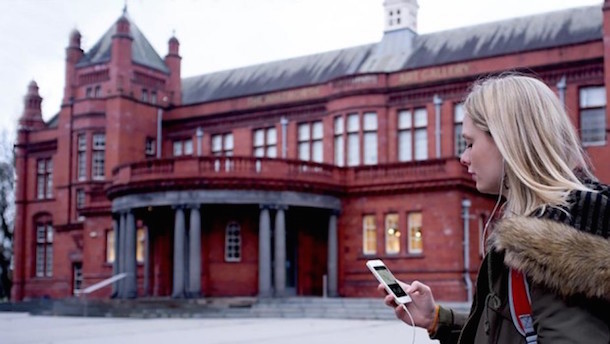 If there is one form of exercise that pretty much nobody can get out of, it’s walking. And just as well, because it is one of the best ways to keep yourself in shape. Walking can be pretty uninteresting a lot of the time, but what if you combine it with cultural education? Learn more about your beloved city and get blood pumping in the right direction all in one go. Now we’re talking. Manchester offers a whole range of walking tours to explore, and thanks to the new-fangled world of showoff smartphones, you can now get them in app form. A new walking tour for the city, masterminded by the clever people at Marketing Manchester, uses your phones’s GPS capabilities to take you on an audio guide of the cities cultural hotspots. As a free download from the iTunes store, the app, which is narrated by BBC Radio 6 Music presenter Mary Anne Hobbs, takes you everywhere from the Northern Quarter to the National Football Museum and Whitworth Art Gallery. With Manchester being named as one of the New York Times ‘Places to go in 2015’, what better opportunity to become better acquainted with your beloved city, whilst getting moving at the same time. 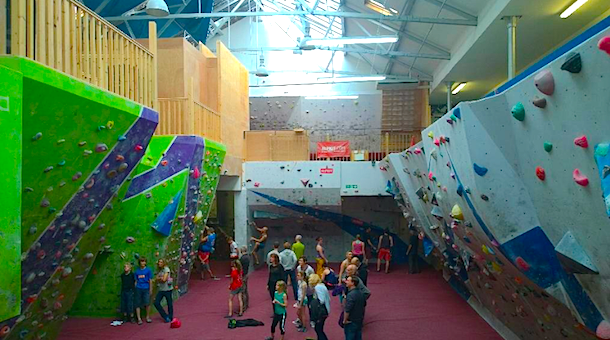 You remember that bit at the start of Mission Impossible 2 right? Where a topless Tom Cruise scales that suicidal cliff-face in the bask of scalding hot sunshine? Well, forget that. We’d rather you stay in one piece thanks. Nevertheless, climbing is a superb way of building muscle strength and is extremely accessible and friendly too, even to non secret-agents. Bouldering is a form of climbing that doesn’t use ropes or harnesses. Unless you’re Tom Cruise in Mission Impossible 2, that usually means smaller walls. Indoor bouldering centres are a great way to get into climbing if you don’t have much of a head for heights (although the tallest walls are still pretty big), and they are always friendly and sociable too. Rock over Climbing is the North West’s premier bouldering club. Located on Julia Street in the City Centre, there are plenty of walls and routes to tackle alone or with friends. They also have student offers and instructional courses to suit any ability. Unleash your inner monkey.

Played at its best, table tennis is a picture of sweaty,ninja-like agility and precision. There is no guarantee you’ll ever reach that standard, but it isn’t half a fun way to build up a sweat. If you’re one of those people with a flailing backhand, that often sends the ball careering off the ceiling and pinging unforgivably around the room while you swipe away at it with hopeless frustration, you may already be tempted to skip this one. But a little bit of practice and you could be racing round the table like China’s finest in no time.. or at least racing round the table. The sport merges perfectly with an evening out, and a host of Manchester bars are getting in on the action. There are regular events and tournaments at Gullivers, Dry Bar, Kosmonaught and Twenty Twenty Two – the latter probably being Manchester’s headline ping pong club, with a whole room full of high-quality tables. There’s never been a better time to get in on the craze. 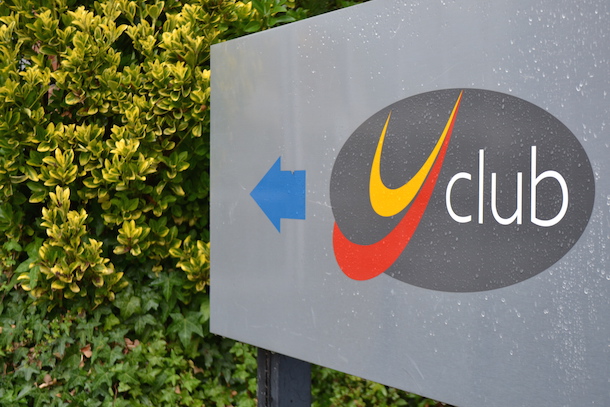 Exercise can be daunting. With all the protein shakes, hulking weights and screaming, it is no wonder some people just avoid it altogether. But the Y club is the friendliest and most inclusive health club in Manchester. Situated in Castlefield, it welcomes absolutely everyone – able to pair rookies with a personal trainer that understands their goals, as well as offering a range of classes. As the only health club in Manchester City Centre to have its own sports hall, you can get involved in loads of different things, including Badminton, Volleyball or even Wrestling. The Y Club also encompasses the Castlefield Spa, allowing you to reward 10 rounds of Thai Boxing with a chocolate massage. Now that’s a workout.

What can be more fun than dancing in a swimming pool? NOTHING, that’s what. Aqua Zumba takes the popular fitness classes and throws them deep into water, where you can find comfort in the certainty that everyone will look as ridiculous as you do. Like all of these exercise ideas, everyone is welcome, and all you’ll need to bring is a swimming costume and a sense of humour (which, being from Manchester and all that, you should definitely have). It’s great for toning, conditioning and all that important stuff, but essentially, Aqua Zumba is a ridiculous pool party for any age group. And it wants you to jump in and let loose. 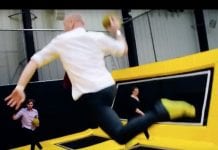 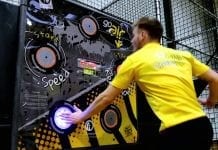