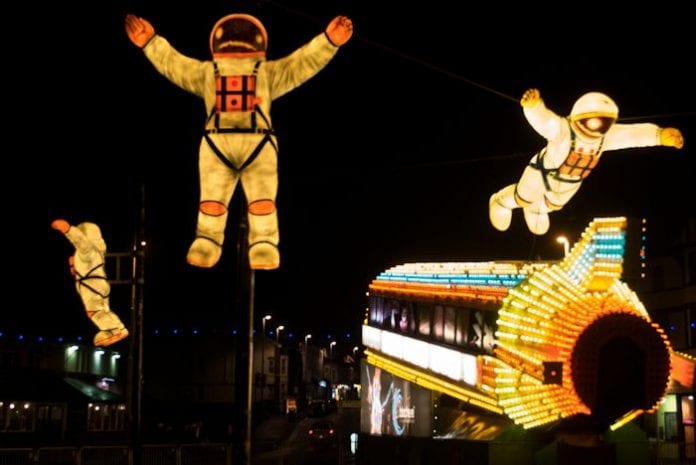 Events across the city this month and into December are celebrating creative cultures of many kinds  –  not just music but arts, film, technology and more. Many are taking the form of specially curated festivals and what makes them stand out is the amount of grassroots talent involved. So pull on those ponchos, wrap up warm and head out for another round of festivals.

10-13 November
A music, comedy and arts festival based in the Northern Quarter, bringing together some of the best local talent  in support of some great causes. The concept is to open up the arts to people from all backgrounds as well as celebrating established figures. Performers include Aziz Ibrahim (known for his work with The Stone Roses and Simply Red) and band Jekyll. SONDER is working alongside homelessness charities such as The Booth Centre, Mood Swings charity and food banks in the region to create opportunities for those less fortunate. It’s set to be an action-packed four-dayer with an indie feel.
sonderfest.com/#meltdown-tour

11 – 13 November
Louder Than Words is Manchester’s premier celebration of music, writing and popular culture with performances, in-conversation events and much more taking place inside the historic Principal Hotel. Co-curated by John Robb, it proves that Manchester’s musical legacy is well worth writing and talking about, and continues to inspire. Guests include Wolfgang Flur from Kraftwerk and Woody Woodmansey, last surviving member of The Spiders From Mars.
louderthanwordsfest.com

15-17 November
This big celebration of the animated art form is inviting artists, practitioners, enthusiasts and everyone else to enjoy the wonders of animation – from the tiniest phone screen to the biggest cinema show. Events include feature films, screenings, masterclasses and talks from some stars in the industry over the course of three days.
manchesteranimationfestival.co.uk