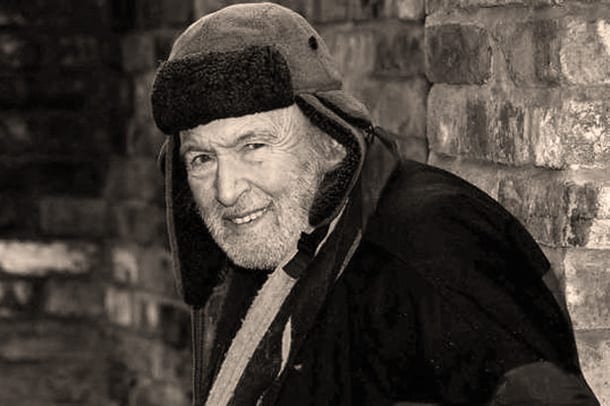 A few days ago I gave a homeless gentleman a packet of cigarettes. This was not an act in the hope a noble peace prize would arrive at my door or for any self-gratification. I just thought it would be a nice thing to do (and of course it would stop me from smoking myself into a early grave). A win win situation.

The gentleman on receiving these was very grateful and polite; “thank you sir, have a good day sir.” The reaction played on my mind all afternoon, being called “sir” like I was Lord of the manner and he was nothing but a Dickensian beggar. The facts are, I am no better or worse than him and we both share the same basic human needs. The main difference is – I currently sit in a better position and lets be honest in today’s climate that could easily change.

Living in Manchester you can’t help seeing a number of these poor souls outside shops, in doorways and placing themselves next to cash machines in the hope a divine moment of generosity takes over your soul. This got me thinking; there must be at least five easy things we could do to make the days and nights for these people a little more bearable. I’m not going down the route of giving money, (unless you want to of course) as the mutterings of “they’ll only spend it on drugs or booze” can already be heard. Incidentally, if I only had some cardboard to rely on Whisky would seem like the best friend I’ve always wanted, saving for a mortgage would seem somewhat pointless.

There are plenty of worthwhile charities in Manchester centre, every so often when you have the time why not pop in and donate a fiver or if you’re feeling somewhat affluent a little more. I know people don’t like being tied into direct debits and lets face it the wave of charities that want your details when walking down market street can put you off these for good. The following three are all MCR based: www.mustardtree.org.uk, www.barnabus-manchester.org.uk and www.boothcentre.org.uk

By this I mean anything that could help make somebody’s day a little better, so maybe a gift of a pencil eraser or a hoover might be abit wasted, If however you have some blankets you no longer require, any old clothes that you were going to throw out or some books that are covered in dust why not donate these to a shelter or when passing someone hand them over, be selective on books though, remember know one really wants to read “Jordan’s” Autobiography. Also a food parcel would be a wonderful gesture, is there anything in your cupboard, draws or fridge you could happily or even begrudgingly give away? To a more needing mouth.

I believe a simple “sorry mate” when asked for some change will add something to their day, yes you are not providing them with what they’ve asked for and some might tell you to “fu** off” but so what, you’re going home for some nice grub and to watch Corrie. At least you are acknowledging them as a human rather than walking past them like there some sort of rabid animal.

4. Educate yourself about why people are homeless

People are on the streets for a multitude of reasons; they could be a runaway teen, a high flyer that lost his job or even someone with a mental illness, some people disregard the homeless as simple drunks or alcoholics, of course people have to help themselves but its also worth remembering that each person is individual and will have a unique story to tell. Meet Alan Dent 69 (insert picture) he has now been homeless for 5 years, modestly put he says I’ve “not had the best of luck” (an understatement you feel) If you didn’t know he recently made the M.E.N. Alan found a purse on the floor containing £70.00 for a man in his position that must be like winning the Euro Millions but he noticed the lady uses Barclays so he handed it over to them, in the context of things that’s a pretty special thing to do.

Very simple, very straightforward and will only cost you the currency of some language, tell your friends and family about this article, what you’ve done or what you plan to do, you really cant put a price on word of mouth. It really is easy to walk past these people and forget a few minutes later, I guess the simple maths is: the more people who have this seed planted in their brain box the bigger the chance of success.

Well that’s enough from me, I hope this has not come across as preaching in any way shape or form, I’m not trying to start a revolution or am I hoping to change the world, I’m just trying to make somebody’s day that little brighter.

“Not all of us can do great things. But we can do small things with great love.” ― Mother Teresa

Pictured: Alan is a 69 year old homeless busker who lost everything and now plays the recorder for passers by. Last year he was hailed for showing inspiring honesty after resisting any temptation to help himself to a few much-needed pounds and handing in a lost purse containing £70 cash and bank cards.

Tells you a something about our people.