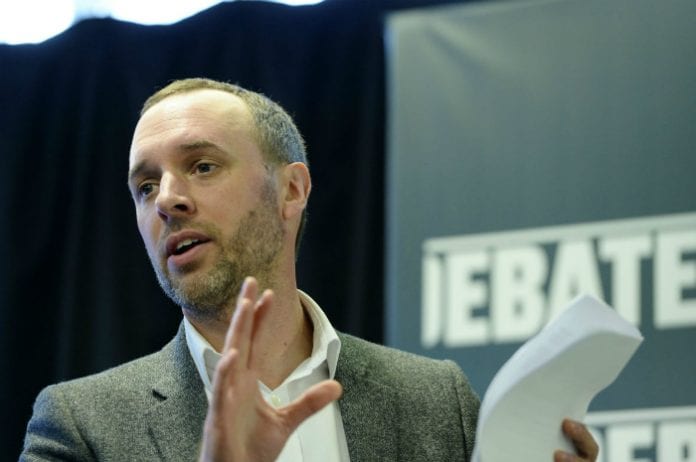 Thom Hetherington, 44, is one of the founders of the PPA award-winning Restaurant magazine and the 50 Best Restaurants in the World awards, and is a speaker, consultant and writer on food and drink and art and culture in the North of England.

As CEO of Holden Media, he owns and organises events including the Northern Restaurant & Bar exhibition, the Bruntwood NRB Debate, the NRB Top Fifty Powerlist, Buy Art Fair and The Manchester Contemporary.

Thom is a trustee of Manchester Art Gallery, a board member for Hospitality Action, an ambassador for Manchester Metropolitan University’s hospitality department, and a member of Pro-Manchester’s Hospitality Sector Group. As a consultant, he advises major national hospitality operators on their northern expansion plans, as well as institutions, such as The Whitworth, on their food and drink strategy. 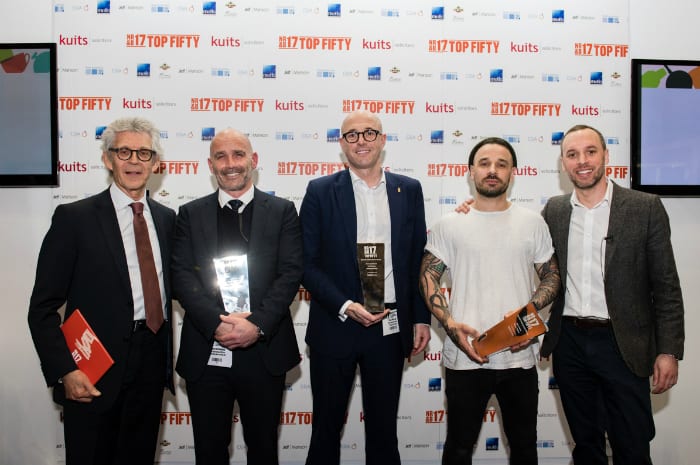 In addition, Thom chairs the NRB Debate, judges awards including the Manchester Food and Drink Festival and the New Light Art Prize, and has reviewed for guides including Mr and Mrs Smith and Harden’s. He has written about northern culture and gastronomy for titles including The Caterer, Olive and the Guardian, and spoken about the subjects on BBC One Breakfast News and Radio 4.

Thom works closely with the charity Action Against Hunger, and has helped to establish Too Many Critics Manchester and the Masterpiece Dinner at The Whitworth, which together have raised over £100k. In 2017 he was named the Manchester Evening News ‘Cultural Icon’.

First, desperation. I needed to pay my rent and clear my student debts, so I started flogging advertising on a archaic trade magazine in the arse end of Piccadilly (it wasn’t known as the Northern Quarter in 1995) called Business Continuity. You got a trial of one week on the phone, were expected to make eighty calls a day, and if you didn’t sell in that time, you were out. I didn’t sell, at least in that first week, but they kept me on.

Secondly, passion. I’d become a napkin-sniffing foodie in my mid-twenties, which led to me helping to found Restaurant magazine and launching the 50 Best Restaurants in the World awards. Eventually I set up my own company again, and we acquired NRB in 2004 and launched Buy Art Fair in 2007. My life has felt like a grown-up version of Ferris Bueller’s ever since. I love what I do and feel like every day is a charmed life.

My current business partner, Andy Clayfield, who taught me to sell. My dad, who owns Hetherington Newman, and taught me to never give up. And Tim Etchells, one of the most renowned operators in the exhibition industry, who has run world class food and art exhibitions for decades everywhere from London to Hong Kong and Australia.

And I think I’m most proud of my team and the culture around them. We achieve great things, we care passionately, and we love almost every minute of what we do. And I’m proud that we never lose sight of work/life balance. Family comes first, for all of us, always.

There’s literally no such thing. My fantastic team back in the office do all the important stuff like sales and marketing and operations and finance, and that allows me to have a very free and creative role. Getting out and about, finding out what’s going on, spotting opportunities and ideas, indulging in some worthwhile CSR and charitable work, and forging new relationships. The only constants on a day-to-day basis would be dropping my youngest at school every morning, eating to excess, and spending too much time on social media.

I cook, I read proper paper newspapers on the weekend with a strong cuppa, and the dog asleep in my lap, I watch my children in endless sporting or musical endeavours, and I run the hills of Glossop. In amongst it all, Soph and I find the time for a good meal out or a glass of wine whilst watching really awful telly. Celebs go Dating was our latest catnip. We still find things to talk about, even after twenty five years together.

It’s more an adage than advice but my dad always used to say “If it was easy then everyone would be doing it”, and I think about that every time we’re pursuing something brilliant and it gets tough. I won’t ever give up. Achieving something worthwhile that other people can’t or won’t is the key.

And, although admittedly he didn’t offer me this advice personally, I am also a firm believer in Churchill’s famous words, “If you’re going through hell, keep going.”

In an infinite universe, who is to say that this is the reality which has “worked out”? Life is a journey not a destination and, as long as our lives are heading in generally the right direction, then surely we are all in a continual process of ensuring that things “work out”?

I wrote for the Sunday Sport at the age of 14, I used to kickbox at a Toxteth gym (the only middle class, student, Mancunian, United fan in the place), and I have a degree in Marine Biology. If you want somebody to age a cod, I’m your man.

A Red, from the age of seven. Stuart Garlick got me in a headlock in the playground and asked me who I supported and it turned out that a quavering response of “United?” was the right answer. I’ve been loyal ever since and a season ticket holder. My two sons have the middle names Eric and Keane respectively.

Angel Meadows, and indeed the entire northern sweep of city through New Cross and Ancoats, for all sorts of reasons. They’re all special places and full of memories for me personally, and I like the history, the poignant Ozymandius sense of what has been, and the energy and potential of what might be again. I take the chance to wander through them whenever I can, which sometimes involves some pretty significant diversions.

I also spend too much time in Manchester Art Gallery, where I am a trustee, and I still see new things in the classic works amongst the Edwardians and the Pre-Raphaelites collections which my parents brought me to look at nearly forty years ago.

Nowadays, though, I can end a visit by popping around the corner for a pint in the Circus, my favourite hideaway in the city. But don’t tell anyone.

There’s more than one, and they’d all be social issues. Homelessness; health; housing; equality; opportunity. Happiness, really. We cannot and must not rest on our laurels.

When the light on long, late, summer evenings hits walls of orangey Manchester bricks, whether humble Ancoats warehouses or grand old buildings like UMIST or the Principal Hotel. It makes the bones of the whole city glow. Viewed from the highline railway near Oxford Road station, or from a drive down Cheetham Hill Road towards the city, it’s quite magical. It feels like home.