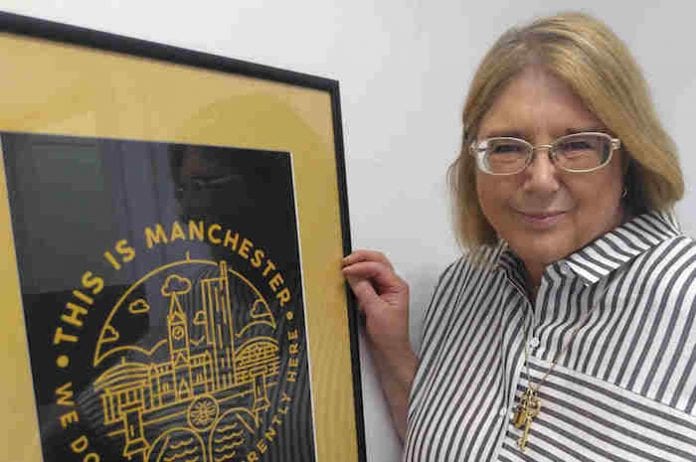 Former Altrincham Grammar School pupil Sally Sykes is settling into her new job in Alfred Waterhouse’s landmark John Owen’s building on Oxford Road. She’s back in the city she loves, having been appointed director of communications and marketing at the University of Manchester.

Although her most recent jobs have been London-based – heading up communications and marketing at the West London Mental Health NHS Trust, the Health and Safety Executive and working as executive director of the Parliamentary and Health Service Ombudsman, Sally has very strong links to the north west.

She was head of press and public relations at Manchester Airport, worked in a senior role at AstraZeneca in Cheshire and later at the major health care provider BMI.

She was appointed to the board of the Chartered Institute of Public Relations in 2006 and elected president in 2012.

I have come full circle as I started my career at the University of Manchester as a conference officer based at Owens Park in Fallowfield where I was responsible for marketing and organising major events, language schools and international conferences, using the student accommodation and facilities outside of term time and generating revenue. Event management led me into PR and communications, starting in building materials with a firm called Andersons in Trafford Park, followed by a step up to PR and communications with Ciba-Geigy who had a huge north west presence in chemicals, pharmaceuticals, plastics and dyestuffs.

My first big influence was in the late 1980s – when I worked for the managing director of Ciba-Geigy Industrial Chemicals and its director of UK research, the late Dr. James Grigor, who was also the first chairman of the Central Manchester Development Corporation. He demonstrated how real leaders engage at all levels – from the then prime minister Margaret Thatcher and environment secretary Michael Heseltine (who appointed him to the CMDC role) through to the shop floor workers in the chemicals factory where he took a deep interest in their work and welfare. I’m also a fan of MOTO GP motorcycle racing and I am in awe of the talents of the GOAT – the greatest of all time – number 46, Valentino Rosso, who shares my birthday. I am inspired by the grit and determination of elite sports people like him.

I was proud to be nominated by my peers as the north west PR professional of the year for the Chartered Institute for Public Relations and even prouder still to be voted president of the 10,000 member institute some 12 years later in 2011-12.

My working day involves numerous meetings around key aspects of running the University – from management team activities across the broader campus like strategy, planning, budgets, student recruitment, university league tables, new research stories etc. through to keeping up to speed with the work of my team and managing my own projects in our work plan.

I am lucky to live on Anglesey when not in Manchester and I tend to my garden, surf or swim in the sea, plus I enjoy walking, cycling and relaxing with my books and cooking for friends. Having a home on Anglesey means lots of visitors.

What doesn’t kill you makes you strong.

I’ve always made the best of things that didn’t work out and I am optimistic by nature, so even the bad times have had silver linings and led to better prospects.

In my early career in fashion PR I worked with brands like Vivienne Westwood, Katharine Hamnett and a range of celebrities and super models who graced the pages of the Littlewoods catalogue.

My family come from Old Trafford. Enough said. I’m also partial to a day at the cricket.

The Bridgewater Hall – I was at the opening concert and it was fabulous; the Royal Exchange where I saw Helen Mirren and Bob Hoskins in the Duchess of Malfi and where I first ‘got’ the humour in live performances of Shakespeare by seeing Tom Courteney play Malvolio in Twelfth Night – and sitting in front of The Chariot Race picture in the City Art Gallery where I used to while away school holidays.

To be a really buzzing city all week and not just at the weekends.

The people, the buildings, the Victorian heritage juxtaposed with the modern buildings. Tony Wilson’s quote ‘This is Manchester, we do things differently here’ is on my office wall – and it’s true. 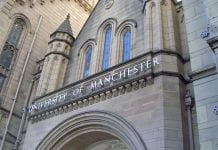 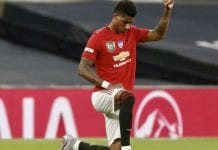