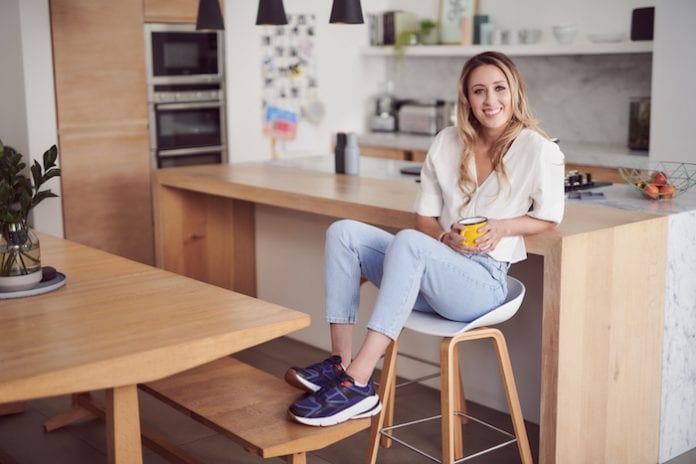 Double Olympic gold medallist Jade Jones moved from Wales to Manchester when she was just 17 years old and has carved out quite the successful career for herself as a taekwondo champ.

She has won gold at six World Taekwondo Grand Prix events and was awarded an MBE in the 2013 New Year Honours for services to the sport.

She has also made a number of TV appearances over the years, including popular E4 dating show Celebs Go Dating on which she went on a number of dates with members of the public. She is probably best remembered for walking out on a double date with co-star London Hughes mid-way through their meal.

I was 8 years old. At the time I was a bit cheeky and naughty, and sort of going down the wrong path in life. My granddad wanted to get me into something, so he took me down to the local leisure centre and I ended up starting taekwondo classes. As a kid I learnt a semi-contact style just for fun, but when I saw the Beijing Olympics on the TV and athletes getting gold medals, I thought ‘wow, I want one of those!’ so I changed to full contact style when I was 14 or 15. I had a really fast journey, I was only actually training professionally for two years before competing in the Olympics.

My old coach Paul Green. He trained me so hard. But his drive and passion was second to none and he made me really motivated and made me want to get to the top. Also, Kelly Holmes has been a big inspiration for me. She only won the Olympics when she was 34 and the fact that she just kept going and going until she got there. She was actually a mentor for me when I was 17 so that was really helpful.

It definitely has to be the London Olympics. I was only 19 and I went from an underdog to the Olympic champion overnight. Everybody kept saying it’ll never be the same again – and I think I couldn’t truly appreciate just how amazing it was until I got there. It was just so overwhelming how many people were there, seeing everyone who was supporting me. Not just family and friends but supporters of the sport, thousands of people cheering me on and wanting me to win who don’t even really know me. I don’t think anything will ever top that for me really.

I’m training Monday – Friday for about five or six hours a day. It really is tough on your feet and a lot of hard work.

Because I’m training so much, it can be intense. So on my days off I just try to put my feet up and relax. I’ve recently done a campaign with Scholl and it’s just mad to see how much other people in other types of jobs are constantly on their feet. I thought with me being a professional athlete and training everyday would be bad enough, but the people involved in the campaign do so much more work on their feet than I do, so it was really inspiring to learn about it. I also love to see my friends as much as I can and often go home to visit my family on my days off.

When I was going to the London Olympics, my coach said to me that I’ll see tons of people there that I could get taken away with. The atmosphere, crowds, all the different things people can do – games rooms, free food, there’s even free 24-hour McDonalds – so it’s really easy for someone to get distracted. He said, ‘you will remember none of this if you don’t perform your best, so you need to focus and then enjoy the Olympics and everything that’s going on afterwards’. That’s what I did, and it really helped me to stay focused.

It was always sport for me. In school I hated everything else other than sports. At school I wanted to be a PE teacher. I love young kids and sport, so I think being a PE teacher would be pretty cool.

I always wear lucky knickers and socks every time I fight.

The Arndale – because I’m always there shopping. Northern Quarter because I love the bars. And Deansgate Locks.

That it didn’t rain every day. A bit more sunshine would be lovely.

I come from a tiny place in North Wales and I’ve also lived in London as well and I think Manchester is just the perfect medium. There is so much going on in terms of what you can do around the city, but it’s not too manic and crazy like in London. I’ve lived in Manchester for over eight years and the plan is to continue living here long term.

Jade is an ambassador for Scholl’s #FeetOfTheNation campaign.