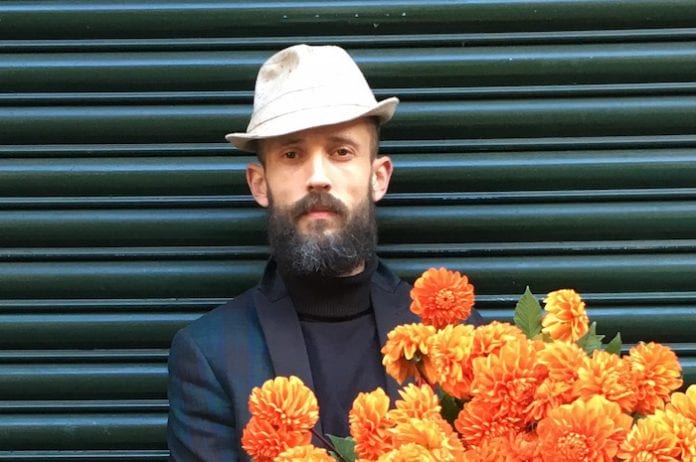 Born in the French Alps, David Jayet-Laraffe moved to London in 1998 following his A Levels to work in the restaurant business and improve his English. The restaurant (what was then Abbay) opened a new site on Canal Street in Manchester where he relocated. He fell in love with the city and discovered a love for flowers, training in floristry at Wythenshawe College. His first job was for renowned British floral designer Jane Packer whose clients included Claridges and Gordon Ramsay restaurants.

Nine years ago, David decided to go it alone and begin his own floristry business from a warehouse in Salford Quays, opening FROG, his Northern Quarter shop, three years later. No longer solely a retail space, it now operates on an appointment-only basis, with seasonal flower schools run by David and his team of trained florists. He is beginning to make his mark nationally and is one of only four florists competing for the best festive display on Kirstie’s Handmade Christmas on Channel 4 next week. His quirky and exotic designs have also found a home at A Most Curious Wedding Fair where he is styling, exhibiting and sponsoring the event.

I have always been creative. When I worked in restaurants I would take home their old flowers and create my own displays for myself and close friends. It was only when one of them said I was actually any good and suggested I consider it more seriously that I looked into studying floristry. I went to college and loved it so that was that.

In floristry, definitely Jane Packer. She was a great school to learn from. I get inspiration from most forms of art, photography and fashion. I love to be creative. I’m a bit of a free spirit and originally wanted to be a fashion designer which I get from my Mum who used to get changed five times a day.

Having the business itself. I employ three full time and up to five freelancers at a time depending on the job, so I’m very proud of that. Plus winning two gold medals at the Dig The City festival in 2014. Being recognised for what I do in Manchester meant everything to me.

An early start, about 7am, when we come in and receive our flower deliveries. Our main exporters are from Holland where they have the best flowers, with more exotic flowers arriving from Kenya, South America and Singapore. I check my emails and then we are out in Manchester arranging displays in shops like Selfridges and Vivienne Westwood. I have appointments and consultations scheduled in at the shop, often with brides, although clients do vary considerably. I work until about 6pm, normally six days a week, more if needed.

If you’ve got something you want to do, if you are passionate and you work hard, you will succeed. Believe in what you’re doing and have passion.

In the fashion industry, visual merchandising, something creative with a platform for display. I’m not really a nine to five person and I’ve never worked in an office.

Each year at Christmas from about the age of eight, I would perform a ribbon routine for my family to Lionel Ritchie’s Ballerina Girl. Eventually they got bored of it but I think it deserves a comeback one day.

I’ve never watched football but I would have to say Red as I was acquainted with a few of the United players from my restaurant days in Manchester.

I love Evelyn’s Café in the Northern Quarter as it’s so relaxed with fantastic plants all around. Also Evuna, again Northern Quarter, but I love to meet friends there for a few tapas and they have great wine. And The Whitworth Gallery as there’s nothing else like it here. You could be in any major city in the world.

The bin problem, especially around here. It’s dirty and the council really need to address this.

The people are so friendly and I’ve always felt at home here. And they know how to throw a party.