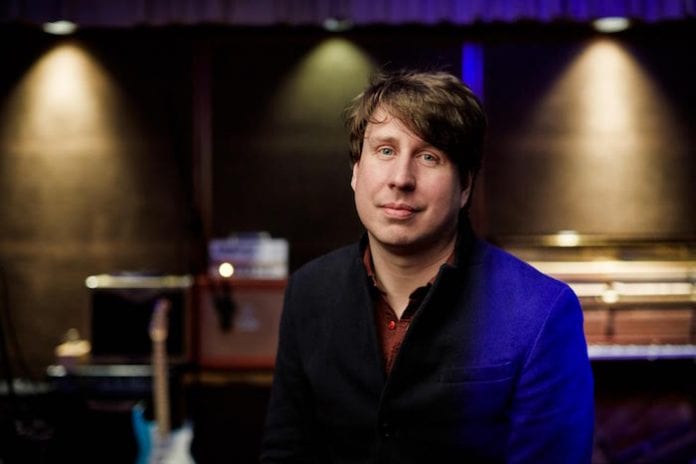 The studio was built in 1962 as part of the original Granada Studios where The Beatles famously rehearsed whilst preparing for their debut TV performance there in the same year. In its heyday, the studio was also used to record theme tunes and soundtracks by the Halle Orchestra for classic ITV dramas including Brideshead Revisited and Sherlock Holmes.

Designed by Ralph Tubbs (designer of the Dome of Discovery for the Festival of Britain in 1951), the space is largely unchanged from its early days, with high ceilings and acoustically treated isolated rooms, giving the highest sound quality compared with many studios constructed today. At Low Four the aim is to re-affirm the notion of Manchester as an epicentre for music and culture, with live performances and recordings taking place weekly, and new acts hotly tipped for big things like Aldous RH, False Advertising and Koalas who most recently played their first ever gig here.

Low Four Studio is part of St John’s Projects – a series of cultural initiatives in Manchester supported by Allied London.

I studied documentary at the University of Salford and through that started working at Channel M where I created the music department in 2006. I love music and video production, putting those two hats together we came up with the idea for Low Four.

Something that’s particularly pertinent this week. I used to produce a show with Frank Sidebottom on Channel M. I really respected Chris Sievey who played him. He was a genius who threw himself into his art and he taught me not to care too much and just go for it. He died in 2010 and his son Harry died this week. We had intended to use him for presenting our live shows. He used to come to the studio often.

Lots of little things. Moments where I might turn around and see people enjoying what we do and having a great time in the studio. Knowing some of these great acts would never have got where they are if we hadn’t done this.

I live in town. I’m either teaching or based here. On show days I try to get in by 11am. I check that the crew are here and then we set up the equipment, the lighting, make sure the bar is stocked, and that we have the correct song titles for the live stream. Then there’s a health and safety tour for the acts and the studio audience. After the recording we like to have a few drinks. I’m often home well after midnight.

I haven’t had many of late, but when I do I like silence. Absolutely no music.

Pants, socks, trousers, and shoes in that order.

I genuinely don’t know. I’ve worked in and around the creative industry in Manchester for the last fourteen years. There aren’t many jobs and opportunities for people in this field so I’m one of the lucky ones. I’m happy doing what I do, but would probably have stayed in TV if I wasn’t doing this.

My dad (Kevin Parrott) had a number one hit record, Matchstalk Men and Matchstalk Cats and Dogs, a tribute to local artist L.S.Lowry. It knocked Kate Bush, my favourite artist at the time, off the number one spot.

I grew up Red but as I’ve got older I’m more disillusioned with the whole football culture.

Rudy’s Pizza has the best Neopolitan pizza in the city. Drinks in The Gas Lamp – I especially like the beers there. And I’m fascinated by this place, Old Granada Studios. It’s like a rabbit warren and I’ve not even seen all of it yet. I like exploring and getting lost here.

It could be bolder, some more controversial architecture and sculpture synonymous with the city, like a tower or The Bean (Cloud Gate) in Chicago.

The people and this creative community. Anyone doing anything of worth will get there, especially when they are doing it for the right reasons.