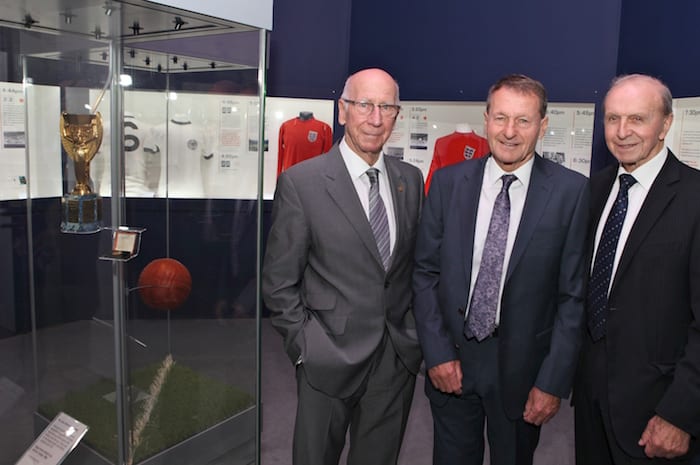 On July 30 1966, England won the World Cup, beating West Germany 4-2 in the final at Wembley. Hard to believe after fifty years of hurt, but true.

Now, you can experience all the thrills of that memorable day at the National Football Museum’s 1966 World Cup Exhibition – the world’s biggest collection of memorabilia from the golden age of English football.

The exhibition has over 200 items from the 1966 Jules Rimet Trophy to the urine sample jar used by Jack Charlton after the final.

The exhibition promises to transport you back to Wembley for the final via ground-breaking virtual reality, making you feel like you are actually at the game.

To whet your appetite, here are ten exhibits not to be missed.

In a world first, you can soak up the ‘66 World Cup Final atmosphere through an immersive virtual reality experience. VR66 will take visitors to Wembley for the key moments of England’s greatest victory. 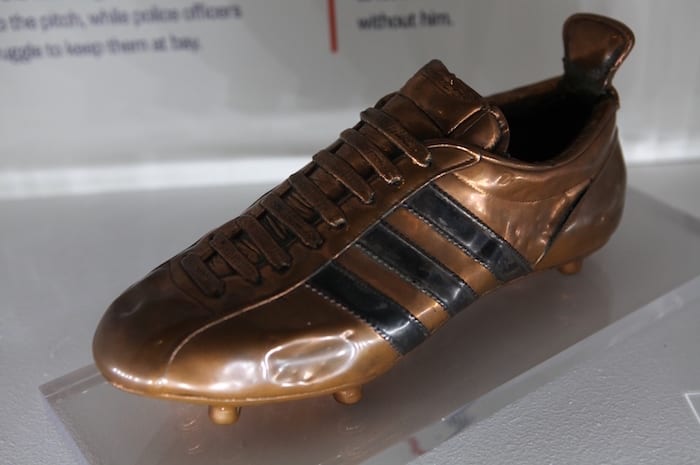 The man from Ashton-under-Lyne is still the only player to score a hat-trick in a World Cup final. His left boot was covered in bronze by manufacturers Adidas to commemorate this historic feat (and historic foot!) Now it’s on display in England for the first time.

The greatest player in the world at the time, and arguably the greatest ever player, Pelé was given a hard time on the pitch but gave his training kit to staff at the Cheshire hotel where the team were based after Brazil’s early exit. 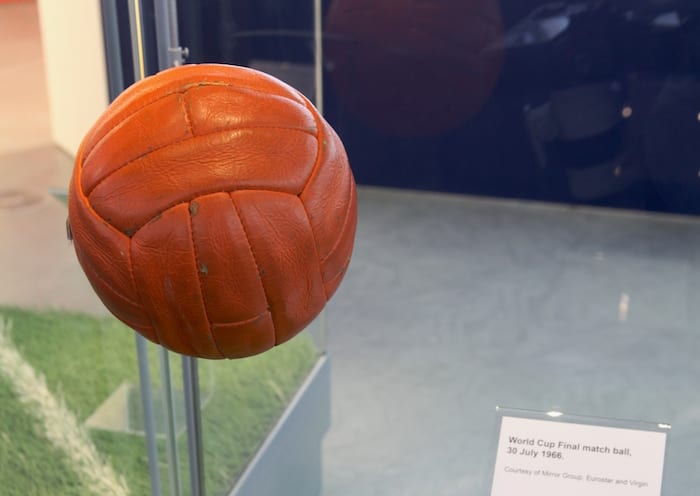 Although our German friends may disagree, we all know that the ball used in the 1966 World Cup final definitely did cross the line for the vital third goal. Visitors to the exhibition will be able to get close enough to check for chalk marks themselves.

Roger Hunt played in all six World Cup matches, scoring three times. He might not have netted in the final, but his reaction to England’s controversial third goal has been cited as proof the ball did cross the line by Geoff Hurst.

No 1966 exhibition would be complete without the famous Jules Rimet Trophy. Still gleaming to this day, it remains the only major piece of competitive silverware won by the English national team. 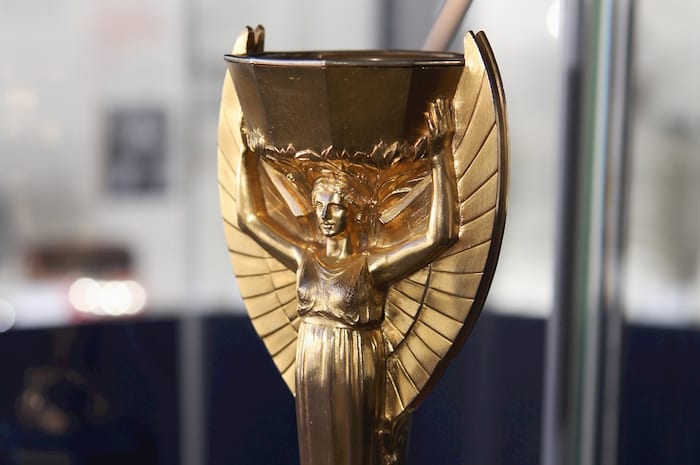 One of the quirkier items in the exhibition. Jack Charlton was the first player to have a drugs test after a World Cup Final. The sample jar he used survives to this day, but hopefully not the contents. Ew.

The mastermind behind England’s triumph enjoyed a successful club career, too, and the National Football Museum will proudly display the great tactician’s haul of medals from his time with Ipswich Town, whom he led from Division Three (South) to Division One champions between 1955 and 1963.

The legendary England skipper won his 100th cap seven years after he won the World Cup, in a 5-0 thrashing of Scotland at Hampden Park on 14th February 1973. The first English player to reach this landmark, he was given a special commemorative cap to mark the achievement.

“They think it’s all over. It is now!” Bask in the euphoria that swept the nation after Kenneth Wolstenholme uttered these immortal words and watch the Pathé News film which reported the triumph and caught up with England’s players the day after the final.

The 1966 World Cup Exhibition launches at the National Football Museum on Saturday June 25 and runs until 23 April 2017.

Entrance is free. To enhance the Museum experience, there are some additional exclusive paid-for interactive exhibits ‘Football Plus+’ to help ensure that visitors enjoy one of the best days out in the city.