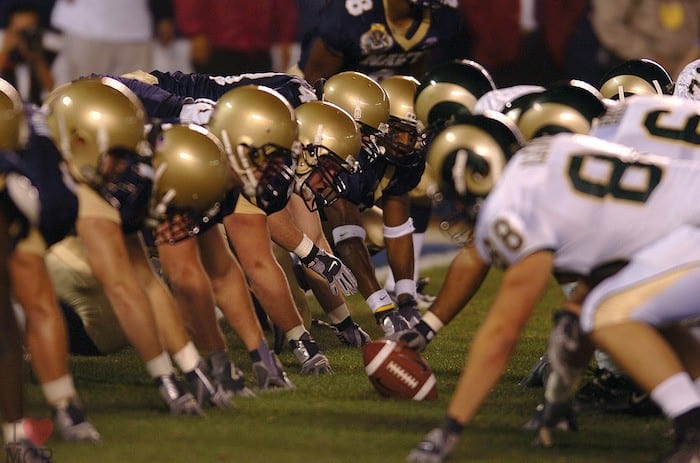 Super Bowl LI (or 51 for non-Latin speakers) between the Atlanta Falcons and the New England Patriots goes down on Sunday February 5 and Manchester’s bars and restaurants are getting ready for the big event with booze, bar snacks and big screens. Here’s a round up of the best places to watch the big game. See y’all there. 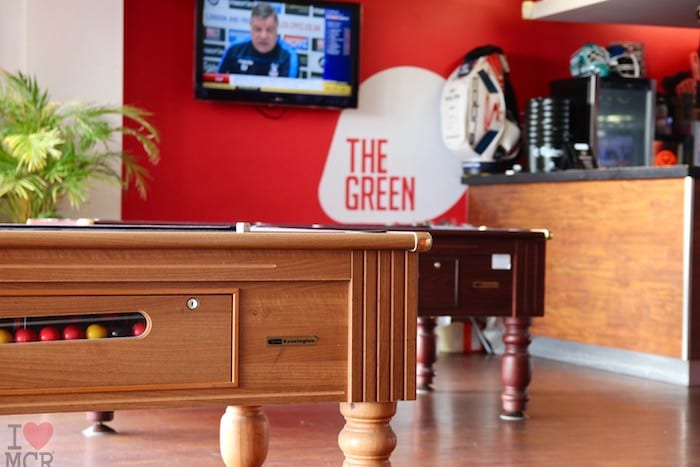 The Green is the ultimate sports bar and this year they’re hosting a Super Bowl bash that’s definitely worth leaving your living room for. Expect a feast of pub favourites and ice cold beers. The venue also boasts floor to ceiling screens (so you don’t have to worry about squinting to catch the match) and a brilliant canal-side beer garden but, as this is Manchester and it’ll probably be raining, you might be best advised to stay inside.
Bridge House, 26 Ducie St, Manchester M1 2DQ

Walkabout is putting on a stellar package of stateside fare to enjoy along with the football. Expect plenty of hot dogs, burgers, fries, nachos and Southern Comfort-coated chicken wings as well as a healthy selection of American beer to wash it all down. Plus if you book a prepaid booth, you can enjoy VIP hostess service all night long. Can’t say fairer than that.
Dantzic St, Manchester M4 2AD 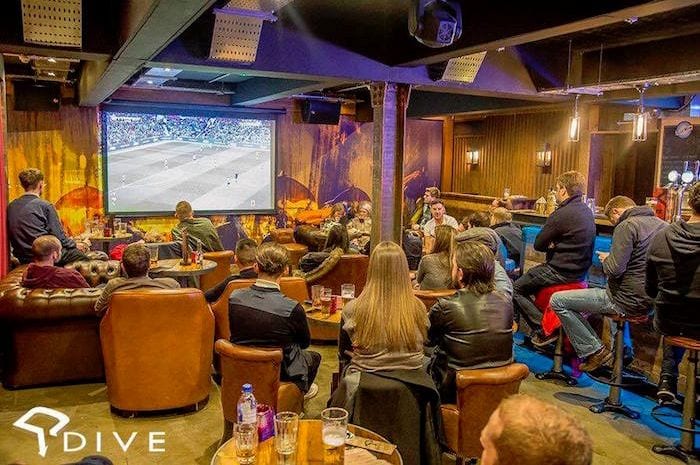 Dive Bar is a tried and tested option for game watching. It’s run by the owners of The Milton Club and they sure know how to put on a good night. The dimly-lit venue is hosting big screens, American-style food and plenty of drinks offers. They’re open till 5am so you won’t miss a second and there’ll be plenty of pre and post-game shenanigans too.
Tib Street/Oldham Street, Northern Quarter, Manchester M4 1SH

This much-loved indie gem is hosting a shindig for the Super Bowl in the Rhum Room. The kitchen will be open into the early hours for all of those wings and burger cravings and the evening is sponsored by Jim Beam – so there’ll be drinks deals aplenty and even some bonus free booze. Drink responsibly and all that.
59 Bridge St, Manchester M3 3BQ 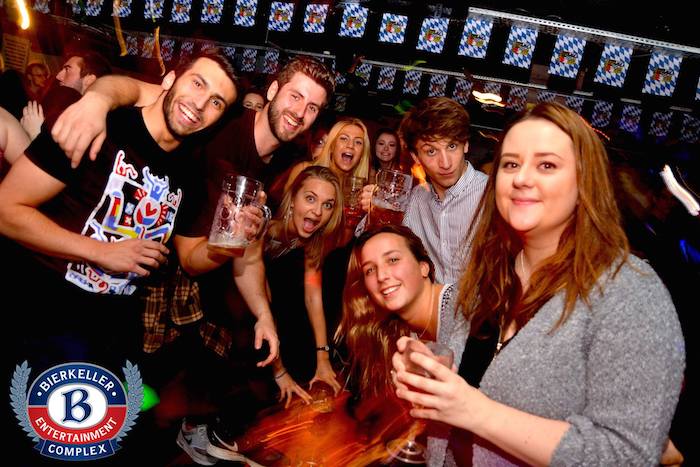 If you’ve been jonesing for nachos, burgers, and beer, Bierkeller has got your back. It’s cooking up a game day feast filled with all-American favourites (think chicken wings and Cors Light) for Super Bowl. There are plenty of big screens too, so you can be sure that you won’t miss a thing.
The Printworks, Withy Grove, Manchester M4 2BS

All Star Lanes Manchester will be screening the Super Bowl live for the first time ever and they’ve put on some epic deals. You can keep it simple with The Gamer ticket (£15) which includes a cold beer on arrival and nachos at half time or go big with The Baller (£48) which includes a bucket of beers, The All-American platter, nachos at half-time, a full game of bowling and a top notch view of the game. There’s plenty of American goodness going around too including sticky wings, fall-off-the bone ribs, fried chicken, and of course, mac ‘n’ cheese.
Great Northern, The Great Northern, 235 Deansgate, Manchester M3 4EN

Equipped with six HD TV and two HD projector screens, this little viewing party is definitely worth checking out. It’s a no fuss, no muss option with £5 tickets and all night offers on American food and drink.
26-28 Hilton Street, Manchester M1 2EH

Ring in the Super Bowl with all of the American necessities and a splash of rock and roll thrown in. It’s £10 a head which guarantees an ice cold beer on arrival, chilli at half time and a host of other Americana treats throughout the night. Booking essential.
The Printworks, Exchange Square, Manchester M4 2BS

After the roaring success of last year’s Super Bowl screenings, Black Dog Ballroom NQ, Black Dog Ballroom NWS and Dog Bowl will all be showing the Super Bowl this Sunday. Black Dog is famed for being the perfect city dig for all of you night owls so it’s the perfect spot for late night sport. Enjoy a cocktail or two and game of pool as the football drama unfolds on HD screens. You can also tuck into some delicious complimentary American snacks and wash them down with an eclectic selection of beers.
11-13 New Wakefield Street, Manchester M1 5NP
Whitworth St W, Manchester M1 5WW

This cosy joint is known for its great atmosphere during busy games.You’ll get to watch the Super Bowl on big screens while taking advantage of food and drink specials including £5 cocktails and £2.50 Heineken. There’s also a Jack Daniels giveaway on the night, so put on your lucky socks and get yourself down.
16 Blossom St, Manchester M4 5AF